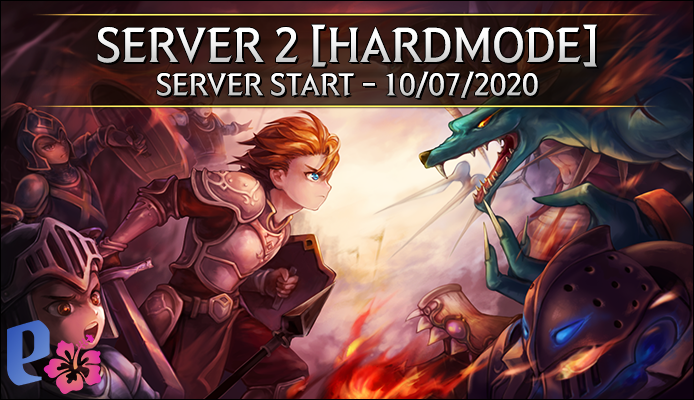 Hello dear Entropia Community,
for the start of Server 2 we would like to talk to you again about what we plan to do with the new server and what has been changed.

The items from the NPCs, as we have them on server 1, were dropped by all monsters on server 2.
It is also possible to get certain items from the dungeons or from Madrigal statues, which can spawn anywhere in Madrigal.
The fact that these green (NPC) items are dropping is not meant to be a fixed part of the server, but only a bridging until more game content is unlocked. Sooner or later the mentioned green items that were previously in the NPC will of course lose value.
All items will be dropped with bonus status values for you, so for certain items a different market value will exist for a short time.
This bonus value will have no special value in the later gameplay / game content and is only considered a small bonus for the former NPC weapons.
The bonus values will only be relevant for you after the Black Shiny game content, because they can be taken over to the next level.
Our game content consists mainly of the content we have created ourselves, which is not yet fully available on server 2.

We will continuously monitor the state of the server to estimate when the next content will be released for you.
As we gradually add new content to the server after a few weeks, we will of course simplify previous content over time so that new players can easily join in.

On Server 2, we will also be delivering new content over time, such as new systems, dungeons, etc;
It's very possible that you will see something completely new before the content you know is available on Server 1.
Server 2 will therefore take a different path than Server 1 in the course of time.

If you don't know exactly what content you can expect in the future, you can check out our feature page on the homepage or just have a look at Server 1.

Some items will probably not make much sense for you yet, like the coins from the Behemoth/Kalgas Dungeon.
These items will be needed as we unlock more content or make it easier over time.
*For example, already available items that are dropped on boss monsters will be available as an exchange in the NPC or we will add completely new items in later game content.

The dungeons have also been slightly changed.
In some dungeons, in addition to the intermediate boss monsters, you will now have to kill normal monsters in order for the final boss to appear.
This was done to balance the dungeon ranking system a bit better.

The Platinum Level has been set to 30 and you will not be able to get any higher than Platinum Level 30 at this time.
As soon as we increase the Platinum Level limit, each character will receive two more Job Change Rings to give them a chance to get up to the highest level class.

It should also be noted that there won't be many high Diamonds at the beginning, as the rate will only be higher for Diamonds levels 9 to 12 from Kebaria/Magma content onwards, so don't expect high Diamond Drops on server 2 at all existing Official Dungeons.
The rate of diamonds in the available dungeons on server 2 is the same as on server 1 and of course these dungeons don't have a very high drop chance that you will suddenly get a level 9+ diamond after 5-6 runs.
Over time, as new game content is unlocked, the rate of certain items can be increased.

The upgrade rate (equipment, weapons, jewellery, sockets) has been reduced considerably.
The prices for the upgrade scrolls have also been increased.

Diamonds have a 20% breakrate if you insert them into a weapon.
You can prevent them from breaking with the Diamond Protect Scroll from NPC Laura.
The price of this scroll was deliberately chosen to increase some currency out of the game.
Diamonds will only be used a few times in the future, so the price will not play a big role over time as more currency is available in the game.

As Server 2 is available at the start, is considered.
So if you miss certain items that are currently not available on server 2, please be patient with the future game content that we will supply/unlock.

If it should be too hard for you on server 2, although we didn't lower everything too much, then server 1 will still be available with all game content for all these players and will continue to be filled with events and updates.

The vote shop will be available at the start of the server and will be filled with items over the weekend.
*There will also be A and 7% Cards available for you. (Can also be dropped randomly!)

The Red Diamond Shop will be unlocked during the next week and will be filled with items piece by piece.
*We assume that the shop will be available for you on Monday or Tuesday.

Whether the Entropia Treasures will become permanent or only for sales is still under discussion.
*Farming possibilities for these Treasures will be available and in the future a little bit easier.

If there are any mistakes, which were not seen directly by us, we apologize for that.
It still plays a role whether 10 people test something or several hundred or thousands of players discover something.
Client errors due to the changeover, that two completely different server files are running with one client, can also occur.
But we hope that we have considered everything.

Should something be the case, we will take care of it immediately and fix everything.

The Guild EXP and Couple EXP requirement has been doubled.

In the next few patches (in the following days), some optimizations will follow on the server:
- Character Movement.
- Minor adjustments / changes
- Bug fixes
- The Summer Event will be started.
- The Secret Room will be activated (available next week).
and much more.

Tips:
- Pets from Eggs get 0.5 to 1.0% EXP every minute
*The Pet window is not shown because the Pets always become perfect and have endless lives.
*To look at the EXP of your pet, move the mouse over the pet in the inventory.
- You can quickly sell items at the NPC with Shift + right click.
*This does not apply to locked/protected items with a lock.

We would be happy about suggestions from you on our Discord Server.