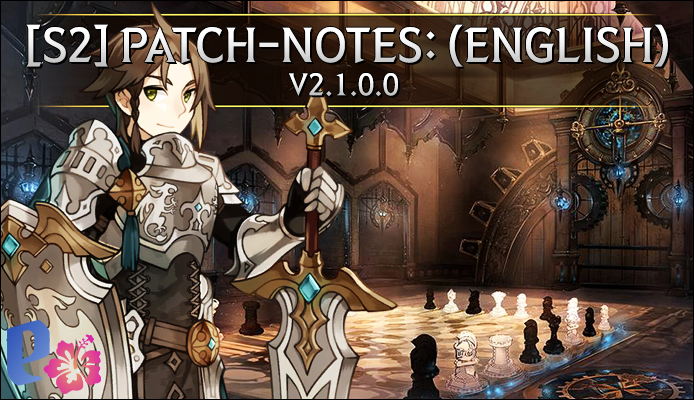 Hello dear Entropia Community,
in the today's patch we made some optimizations on the client, made some major adjustments to the Secret Room, fixed some client bugs and added some minor community suggestions.

• Adjustments were made to the Secret Room.
*The Secret Room changes also affect Server 1.
• The Bug that it was possible to set up more Guild Members than possible was fixed.
• The Monsters in the Secret Room are now stronger and have more HP.
• 8 Guild Members can now participate in the Secret Room.
• The Guild must be level 25.
*Info: The guild can be levelled up by online time of guild members or by monster kills.
• The participants of the winning guild will receive a "Secret Champion (Buff)" and a "Secret Room Champion Treasure" with special content and an increased rate on rare items.
*Buff Effects: All Status Values +30, Damage against Monsters+10%, Penya Rate+4%
• The participants of the losing guilds receive a "Secret Guardian (Buff)" and a "Secret Room Guardian Treasure" with special content but a lower rate on rare items as a consolation prize.
*Buff Effects: All Status Values +15, Damage against Monsters+5%, Penya Rate+2%
• From the new chests of the Secret Room you can also get new rare set and weapon models.
*Deathbringer Weapons, Secret Guardian Set, Secret Champion Set.
• In the item Wiki (CTRL+Z) you can search for the new Secret Room chests and with "CTRL + Rightclick" on the Item in the Wiki you can see the content of the chest.
• Two new Guild Siege Model Fashion Sets with the look of the Guild Siege NPCs can now be obtained from the Battleground Mode winners and participant chests.
• A few new fashion models were added, which will be available for you in the future.
• The Button to "Take all Items" in the mailbox, now deletes the empty mails afterwards.
• The cost of the Wilds/Savage Wilds Power Ups has been reduced from 200 coins to 100 coins.
• Optimizations were made on the client.
• Bugsplat was implemented in the client.
*If you get a client crash, you can send us the log automatically.
*In the "Crash Report" you can describe exactly what you did to crash your Client.
*The logs with the crash report of Bugsplat are transmitted readable to us, which was not possible before with some crashes of your clients.
• Fixed a DirectX Bug, that caused the client to crash frequently.
• Security and Bug fixes.
• Text Adjustments / Translation

Edit:
It was planned that the magic block of monsters in the Aurania area would affect the RM skill "Force of Light".
*We had to revert this change from todays patch, it means that it's not included in this patch yet.
*This will be implemented in the next patch, so it will be fair for everyone (= balance).

Next week you can expect a few more new updates.
The PvP Balance for the Normal Guild Siege, will also be Changed next week!
- Entropia Team