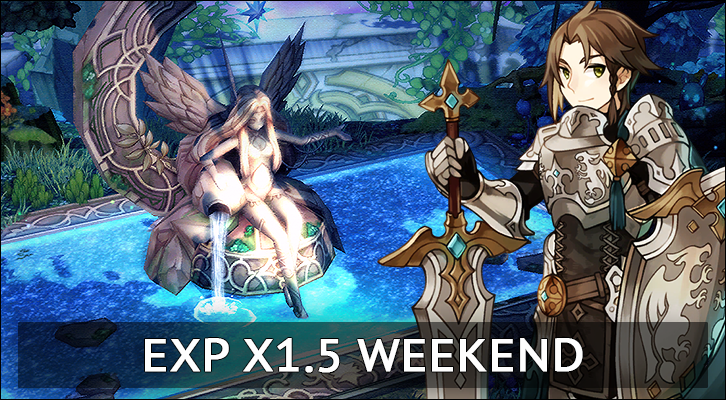 Logs:
- You can now hide the power-ups in the Game window with CTRL + O.
- The pets will also be hidden now with the key combination CTRL + P.
- The Daily Challenge Quests will now show you the location of the monsters.
- You will now receive a message in the game when someone buys something from your vendor.
- The online vendor disappears only when you are offline with your character for 10 minutes.
*Counts only for the vendors without offline buff time!
- The inventory sorting feature now sorts the tab of the inventory you have open.
- You can now purchase items from an NPC with a right click.
*The window that asks you how much you want to buy, will continue to appear!
- The furniture window (Y) now displays the exact number of minutes.
- The Online Bonus Buff only disappears when you are 15 minutes offline.
*This buff will receive even more Stats in a future patch.
- In the dungeons that have a special currency, you get the dropped items now directly into the inventory!
- You can now open the shop search function from anywhere.
*The shops can still only be opened in Sain City!
- If you get killed in Venux by somebody, and he does not pick up your quest items, you can collect them again.
- The damage & HP rate of some monsters in the Aurania - Mystic Valley Dungeon has been lowered!
- You now get two Unbindings in the Vote Shop instead of just one!
- The Scroll of Unbinding is now also available from the ECP-NPC in Flarine for 40,000 Entropia chips.
- Some Aurania Dungeon adjustments.
- The block rate of the Wilds / Savage Wilds Dungeon Boss has been lowered!
- You will now receive more runes from the last boss in the wilds / savage wilds Dungeon!
- Some Boss Monster Skills have been edited, so they can not trigger bugs on certain classes.
- The item rate of the Lucky Package from the C-A01 world boss has been adjusted.
- A level 1 broom was added to the flight dealer!
- The respawn rate of the Dekane's Mine Monsters has been doubled!
- The element of the Cursed Voltaire Boss in the Dark Forest Dungeon has been changed to Earth.
- The Harlequin AoE skill has been slightly increased. (Damage+20%)
- The recipe description of the Black Weapon Material recipe has been adjusted.
- The Chameleon Hats are now available in the Vote Shop.
- The Anarchy Donor Buff will not disappear if you die!
- The Megaphone Item was replaced from the last roulette reward with the Mas Dungeon treasure chests.
- The mentalist / psykeeper skill "Spirit Bomb" has been increased. (Damage+20%)
- The Old Guild Siege Arena has been added to Entropia.

- The Magma Cave Dungeon has been changed and some bugs have been fixed.
*The dungeon is now a bit shorter and has a completely different look.
*Error messages should no longer appear in this dungeon.
*There are now three Demon Eggs in the dungeon.
*The Demon Eggs Block & HP rate has been lowered.
*The drop chance on items has been increased.
*Of the normal monsters in this dungeon, you now receive 9 Blood Orbs per monster. (With drop effects active)

Further changes and innovations await you in the coming week!
Also we will start some more Events!